I’ve been taking photos for several years now but haven’t done lightning photography because of safety concerns. Although, I have in mind a pretty good idea on how to capture it.

On the night of a thunderstorm forecast, we went out to Exchange Place together with my fellow photographers, Jennifer Khordi and Gary Feng. Our mission was to capture lightning streak that would hit the One World Trade Tower. On the road near Jersey City we can already see the thunderstorm clouds hovering New York. We all got so excited as we witness the cloud formation. 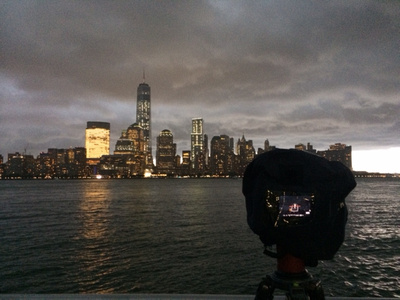 Once we arrived in the spot, I immediately grabbed my camera and tried to visualize which lens is good to use and composition considering that I’m new to the place.I scouted a little further and saw that the clouds are getting darker. So I hurriedly put on my rain jacket and as well as my DSLR rain sleeves.

Now the wait: as dark clouds hovered over New York I was able to get some series of shots but no lightning yet. In matter of minutes since we arrived the heavy rain started to pour. Right away we took cover under a nearby shelter.

We all waited in the shelter until the rain stopped. For safety, I stayed inside and shoot from there. I used intervalometer to get series of shots. We waited for awhile for a lightning streak and there it was! But sadly it was on the side not on the One World Trade Tower.

It was tempting to move and recomposed on the side but I was determined to get a shot for One World Trade Tower. I convinced myself to stay put for a little longer and continued series of shot until --- there it is! Lightning streak. 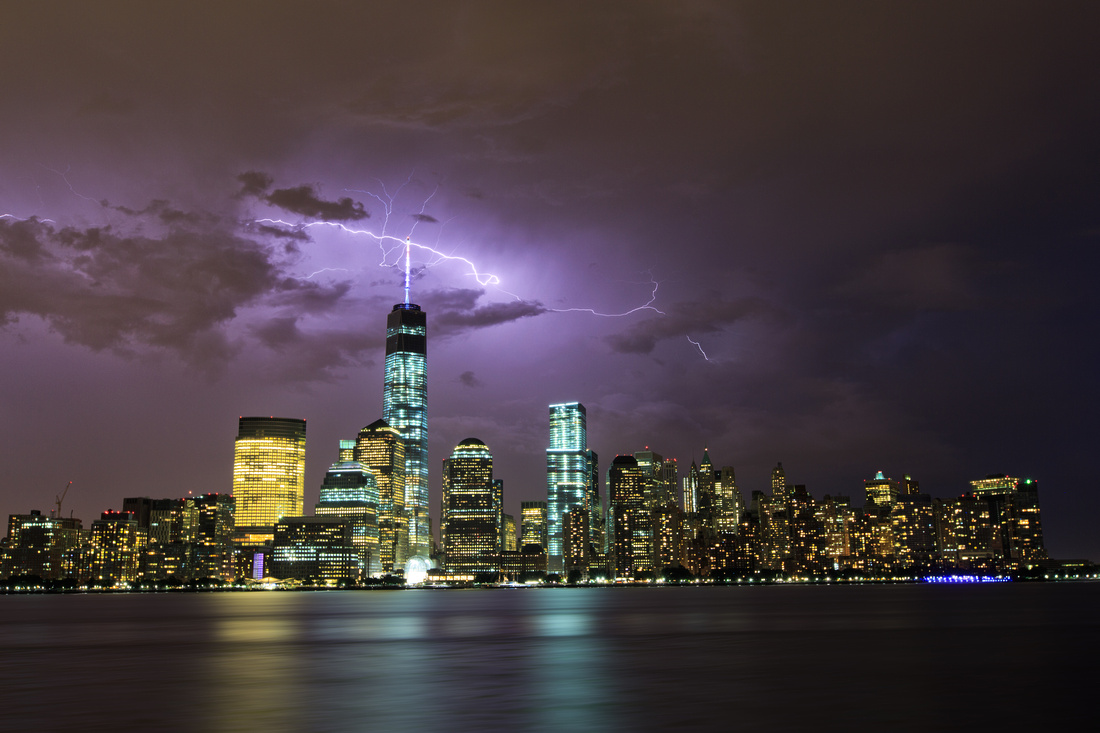 Alex Leo(non-registered)
I really liked this post as it is providing all information and facts about the topic. <a href="https://www.sarkari-job.today/">sarkari-job.today</a> https://www.sarkari-job.today/
tutoriage(non-registered)
Different individuals like to name their photographs. It's less a splendid plan to hold quick things to the outside of your good old photographs. Nor is it a clever plan to make on them. On the off chance that you utilize a pen to check the photographs, it is conceivable that the ink may respond some way or another with the ink in the photograph. On the off chance that you should check old style photographs, it is increasingly splendid to utilize a pencil or something to that effect.
i need a dissertation(non-registered)
Extraordinary – i must say! i am inspired for your website What's more i required no inconvenience navigating through know tabs. The majority of the data you imparted to us will be truly phenomenal What's more exceptionally of service. I feel as you know the thing that i needed.
No comments posted.
Loading...